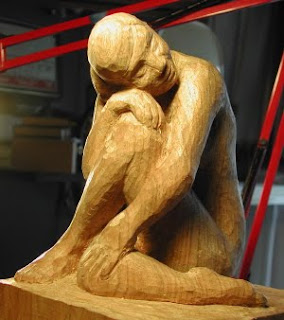 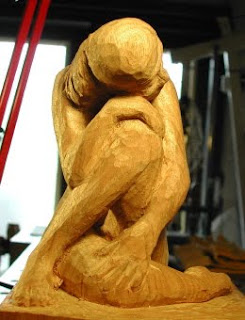 Now she is starting to look like a woman. All the limbs and some of the details are there and I like it so far. I think the shape of the head is finally correct, and the face is OK, though she still looks a little strange. Her left hand looks like a pancake- and that isn't good, but I think if I reduce the knee right there I'll find enough wood to meke it right. 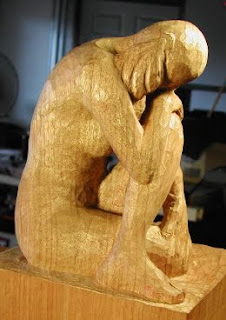 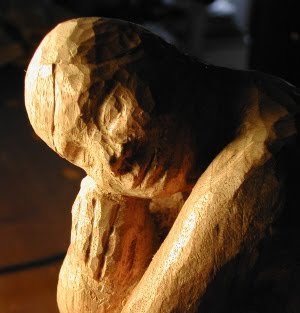 I've experimented with a part in her hair- but I don't think I'll keep it. Adding a hairline of some sort does make the shape of the head better. The ponytail was the original plan and I'm going to keep it. I've made it longer and more curly because it looks better- and because it covers up a possible problematic area around the neck.
I'm think about changing her name to Celtic Woman since she is so tied up in knots- no kidding. I don't have time to do the shallow relief on the sides of the base, so I need another base idea.
Posted by Donna Menke at 8:35 AM

Labels: Some details before sanding